The Songs She Cannot Sing

on February 22, 2012
I am going to wax philosophical for this post.  As most know, I have a 12 year old (Becca) with severe physical handicaps. These make her of an effort to care for in many respects. She is non-ambulatory (Doctor speak for doesn't move herself) and non-verbal. Not that she doesn't make noise, she is quite vocal about how she is currently feeling. Whether it's "I'm tired, and want to go home and go to bed" or a heartfelt explosion of laughter at precisely the time she is supposed to be quiet, she knows (most the time anyway) exactly what she is doing. However, she doesn't say a single word. Never has. Probably never will (in this life anyway).

However, there is so much more to her than her disability. So many feelings she not only has inside, but that she evokes in others.

For some, it's pity. I can't always tell if it's pity for her condition or pity towards her parents who have to care for her 24/7. To them I say, don't pity me. I have a child with guaranteed acceptance into Heaven. Something she did in the pre-mortal realm gave her the opportunity to come to this life without the temptations of Satan. I cannot imagine the power she once had that gave her the blessing to be tested in a life that's only requirement for her is that she gains a body. As her father, I know she was sent to me to give me the exact hardships I needed to be a better person. She makes me so much more grateful to those who are willing to lend a hand, without being asked. Funny things, exact hardships. They always presently come at the wrong time, but after the fact, came exactly at the right time.

Some people say, "Oh you must be a very special person to merit a child like this." To them I say, thank you for the compliment, but in earthly reality, makes as much sense as "You are so blessed to be barren and childless" when you long for children. My first reaction to knowing my child would be born with disabilities was anger. How unfair life was! How, if I had known, I would have done something differently so that this wasn't what happened. I was intelligent and in good health, and my wife was well-educated, a wonderful wife, and beautiful. Why would this happen to us? At some point came acceptance, then eventually the feeling of being blessed. But those feelings aren't set in stone, and I still have all three at times, sometimes even all in the same day. She wasn't a blessing. She became a blessing by becoming one of the hardest trials I have ever had. But, like all trials, wasn't meant to be only endured, but enjoyed. Men are that they might have joy. Not will have, but might have -- it depends on our attitude toward our trials.

I have had snippets of visions of a future with Becca where she has long brown locks to the middle of her back. She is running and laughing. She is beautiful. Looks just like her mom in high school, only with lighter brown hair. The grin is the same. The smile is the same. The sound of her laughter is the same. But her legs are moving her places. Her arms extend to give hugs. She has a beautiful voice. The songs she could not sing, finally pass her lips. The songs I couldn't sing, finally manifest themselves. Our loving Heavenly Father knows the songs of our hearts and looks forward when to the day when we can sing them out loud -- to Him.


There is music in my soul today,
A carol to my King,
And Jesus, listening, can hear
The songs I cannot sing.
- Eliza E. Hewitt (LDS Hymns 227) 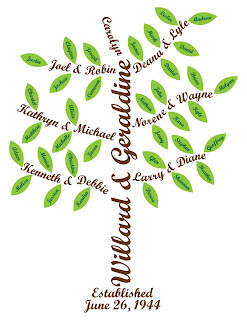 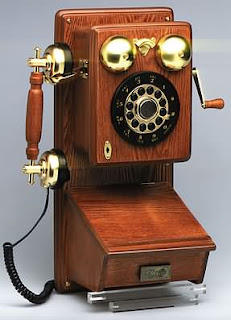 So I says Mildred, its none of my never you mind, but anyway. Ok, well gotta go Mabel, talk to ya tommarra. Yes, that's right a vintage telephone. I've always wanted one, and the more steampunk it is, the better.

I made this for my wife's Young Women's lesson. No reason to not share it. See other handouts at Photokapi.com